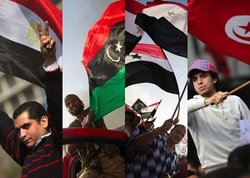 The Middle East and North Africa is an economically diverse region, but overall, its performance lags behind its potential. Today it faces high unemployment rates, particularly among youth and women; human development deficits; and social and regional imbalances, which contributed to the uprisings known as the Arab Spring. Other challenges come from global warming and environmental pressures. This seminar will survey and compare the nature and outcome of economic models and development strategies adopted in the region since the end of World War II, with a focus on recent adjustments and reforms triggered by globalization. 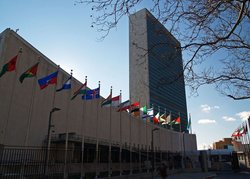 Become an expert depending on which committee assigned to, such as cyber security, dealing with Iran, resolving regional conflicts with diplomacy, enhancing women's involvement in politics, dealing with refugees, and more.

The class meets an ambassador at their embassy prior to competing at the Model Arab League conference held at Georgetown University.

Model UN is learning about and getting passionate about real topics and working to find real solutions.