Christianity – to be reduced, reused, recycled, retrieved, reconfigured, or... resurrected? The intellectual changes brought about by modernity—from the scientific method, to the emphasis on human reason—raised critical questions about the Christian understanding of the world. This course will examine some influential modern critiques of religion, and the responses of leading Christian thinkers who provide new ways to understand Christianity in an emerging global world. In addition to philosophy, literary fiction, film, and social science, the course will examine unique contemporary expressions of Christian identity, from global storefront Christianity to transnational Latino youth gangs.

The Global History of Christianity 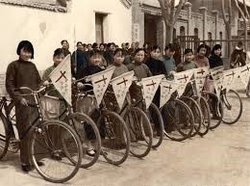 This course offers a comparative examination of the many forms of global Christianity over the past two thousand years. Beginning with the ancient Jewish, Greek, and Roman contexts of early Christianity and continues through the present. Students will become familiar with Asian, African, Latin American, European, and North American Christianities, and explore  several themes, including: use of sacred texts and ritual experiences, the relationship between Christianity and politics, and cultural aspects such marriage and sexuality. Students will also consider Christianity as a series of global systems organized around missions, migration, trade, and warfare.

Come explore the mystical aspect of the Islamic tradition through the religious, literary, and cultural expressions of Sufism. Sufism is found across the globe, in all areas of the Islamic world, and this rich spiritual tradition has generated some of the most influential ethical, intellectual,, and artistic developments in the Islamic world. Students are introduced to Sufism as a spiritual perspective within Islam, and will read and discuss various genres of Sufi literature, including: spiritual biography and autobiography, mystical interpretations of the Qur’an, allegorical stories meant for spiritual instruction, and love poetry to God and the Prophet Muhammad.

Law, Society, and Ethics in Islam 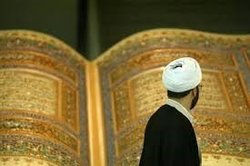 Islamic Law, or shariah, is one of the most misunderstood concepts in contemporary discussions about Islam. Shariah constitutes a complete system of religious rituals, social norms, and ethical principles. This course will introduce students to the breadth of Islamic legal, social, and ethical traditions and practices which constitute what Muslims mean by shariah. The course will examine the history and development of Islamic law, its rulings regarding ritual, commerce/economics, family law, and criminal law, as well as contemporary debates about the interaction of Islamic law with Western notions of human rights, democracy, secularization and globalization.

Islam is the fastest growing religion in the world, and is often in the news. Yet it remains deeply misunderstood. This course introduces students to the origins of Islam both as a faith and a civilization; to its legal, social, and ethical principles; and to the diverse cultural manifestations of this faith and its principles across both time and space. Students will also explore Islam’s mystical expressions, its sectarian diversity, and the changes brought about by its encounter with modernity. 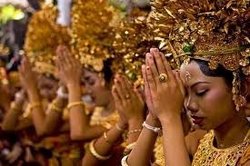 Hinduism can be understood as a comprehensive body of many distinct yet interrelated religious traditions. This course will examine the thematic and historical development of Hinduism, the classical foundations of Hindu theistic traditions and the medieval developments of sainthood and vernacular literature.  We will also explore the revivals and reinventions of Hinduism in post-colonial India as well as the global understanding of Hinduism in the context of yoga and in diaspora religious communities and practices. 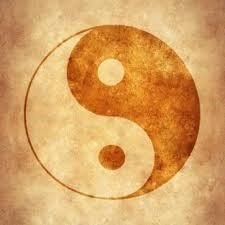 This course introduces students to the major religious traditions and philosophical themes of China including Confucianism, Taoism, and Chinese Buddhism and Neo-Confucianism. Examines foundation of Chinese world view and spirituality by investigating diverse religious traditions that have created tensions and harmony among them.