Mason will start the fall semester as scheduled on Monday, August 24, with a mix of in-person instruction, expanded online classes, and research activities. Visit Mason’s Safe Return to Campus Plan.

Get to Know: Professor Son

Democracy & Crisis: Is Democratization to Blame for Economic Crisis in South Korea 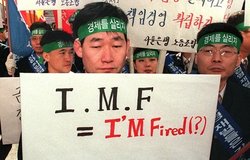 What global issue do you think is most overlooked right now?

The problems and limitations lying in the development in East Asia is one of the most overlooked issues in the contemporary debates on globalization. Unlike what is commonly assumed, it’s not all rosy and happy over there. Japan is in recession, South Korea is in debt, Taiwan is slowing down, and China is stepping onto a whole package of problems. Most importantly, it is not well known that these problems are all rooted in social and political grounds.

How has your experience abroad related to this issue?

I’ve lived in the region for majority of my life, so I have a hand-on experience on this topic. Not only as a resident, I finished part of my graduate training in South Korea closely observing how some of the policymakers, social actors, and academics react to various economic challenges. 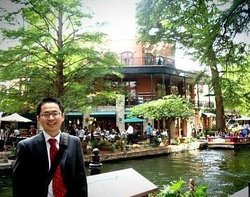 How will you share/relate those issues and experiences to the special topic course?

What I have learned from those observations was unidimensional approaches hardly capture the big picture. Economic problems, particularly those arising from rather favorable conditions, tend to have a complex background. I am convinced that combining political and social as well as economic – i.e. interdisciplinary – perspectives is imperative to talk about this issue.

What do you look forward to about teaching this class?

Sharing stories and ideas. The class is not all about the big, structural, theoretical, or even illusive discussions about all the things that have been and/or are unfolding in the region (although that will take a good chunk of the class). I look forward to what students think about the issue and how they evaluate the current status of South Korean economy in comparison of others’. We will collectively seek solutions for current problems. Discussions on some of the light, yet nonetheless important, issues such as K-pop and K-drama are also what intrigues me.​

Democracy & Crisis: Is Democratization to Blame for Economic Crisis in South Korea