Get to Know: Professor Hultin

Conflict & Security in the Developing World

Q: What global issue do you think is most overlooked right now? 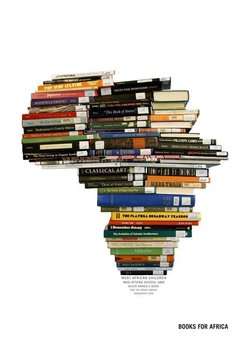 Youth unemployment or, perhaps better, youth marginalization. It is increasingly recognized by the World Bank and similar entitites that many developing countries, especially in sub-Saharan Africa, is experiencing a massive youth bulge without a corresponding expansion of economic opportunity. Furthermore, youth unemployment is one of the major factors in various models of “pre-conflict societies” that seek to predict conflict. I don’t think this is just an economic issue, however, but a political one in that in many countries there is no political space for youth to air their grievances and feel that they are heard. So youths, both men and women, are doubly marginalized; marginalized in the formal economy and marginalized in the political sphere.

Q: How has your experience abroad related to this issue?

I was fortunate to spend the last two years before coming to Mason on a research project on small arms control and crime prevention in West Africa (mostly in the Gambia, where I have been conducting research for a long time now). As part of this work, I spent a lot of time interviewing youths (a demographic category that, in the Gambia, tends to include unmarried men and women well into their 30s). These men and women expressed a great deal of concern, anger, and anxiety over the future – more so than their older compatriots. I’d say the single most important predictor of such anxiety was employment, but it was tied to a series of other issues, including corruption, political repression, and everyday criminality. From that point of view, unemployment was really just the tip of the iceberg of the economic and political precariousness of their lives.

Q: How will you share/relate those issues and experiences to the special topic course?

One of the goals of the course is to take a broad view of conflict and security in the developing world (primarily sub-Saharan Africa) so that it is about more than politics and the kind of massive, systemic, crises that we do hear about and that really shake a state (Ebola could be an example here). While I don’t think that the Gambia is a pre-conflict society, my experiences there have really underlined for me the importance of creating economic and political space for youth (some of my colleagues who work in Sierra Leone have identified the large number of disillusioned, underemployed, men in that country in the 1990s as one of the initial sparks of Sierra Leone’s brutal civil war).

Q: What do you look forward to about teaching this class?

Although many of the topics we will cover in the class (genocide, child soldiers, etc.) are very depressing, this is one of my favorite classes to teach. One reason why is that it really allows us to take a broad view of the social, cultural, legal, political, demographic, and economic factors behind conflict and insecurity (even the literary context will be discussed – for example we will spend some time reading Northern Nigerian Islamic poetry as a way to understand the historical context of Boko Haram). Because the course is so diverse and interdisciplinary, I never really know what to expect in terms of student reactions to different sources and the different interpretations that students bring to the table. Seeing how this plays out in “real time” is tremendously rewarding to me and, I think, to the students as well.​