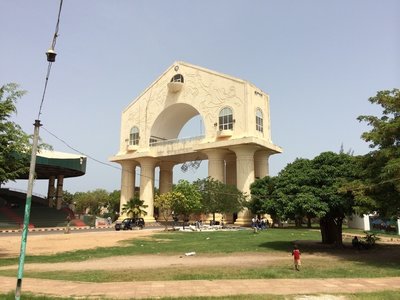 Whether we are talking about school shootings in the United States or the persistence of civil conflicts in different parts of the world, guns—who has them and why, how to prevent them from falling into the wrong hands, and how individuals stay safe from gun violence—is a central issue for social scientists and policy makers alike. For the last several years, Professor Niklas Hultin has conducted research on small arms control in The Gambia. He carried out the bulk of that research between 2012 and 2014, with the support of grants from the National Science Foundation and the Isaac Newton Trust at the University of Cambridge (where he held a research appointment in the Division of Social Anthropology).

During this research, Professor Hultin worked with several Gambian non-governmental organizations, government agencies, and students from the University of The Gambia. With his collaborators, he documented how small arms control is understood as a social and political practice. Through interviews, focus groups, participant observation, and other social scientific techniques, Professor Hultin documented how different segments of the Gambian population, ranging from urban youth to hunters, from medical doctors to taxi drivers, from traditional healers to lawyers, consider small arms and small arms control from a variety of angles—whether or not the Gambia has a gun problem, how guns should be regulated, who should be doing the regulation and how, what some of the alternatives to keeping a gun might be to ensure safety, and so on.

This study is one of the few academic, long-term, ethnographic studies of small arms control in Africa and, within the Gambian context, it generated several “firsts” such as the first-ever survey on public safety perceptions in the country. Some of the research findings have been published in leading journals such as American Ethnologist and Anthropology Today, and Professor is Hultin is currently working on a book on guns that draws heavily on this research. 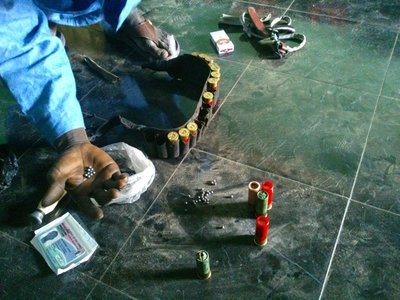